Jami Lynn - Fall Is A Good Time To Die

This stunner of an album is ultimately the culmination of a 6 year long project, as back in 2009 South Dakota folk songwriter Jami Lynn set out across the Great Plains of the United States to col-lect folk songs from the early settlement days in the Dakota Territory. What she discovered howev-er, was a series of stories, characters and places that emerged along the way and asked to be writ-ten about. Since then, Lynn has continued her journey with those elements, concluding in this opus that is her latest album "Fall Is A Good Time To Die".
With all 10 songs original self-written compositions, this is a collection that is instantly recognisable as being deeply rooted within the American roots tradition, but where this album scores maximum marks is within the parameters of pushing those boundaries a little further whilst still retaining that authenticity.
Jami Lynn has painted a musical landscape that ultimately reflects a region rich in history and tradition, and beautiful but occasionally harsh of nature. "It's not about the hardy settlers that we put on pedestals, but about everything else - the landscape, the animals and the people that lived here before it was settled," she points out, "I think the old folk songs are always present in my writing, but the stories on this album are my own stories, set up by thousands of years of stories told on the plains, by settlers, the Lakota Sioux people, and the 'old' people that preceded them in living here".
Central to the themes presented is the succinctly titled "Wolf", sitting aptly in the middle of the al-bum, and one of three songs on the album that Jami refers to as the "South Dakota Predator Trilo-gy" (alongside "Red Fox" and "Coyote, Why Ya Been Lookin' So Thin"). A paean to the lone preda-tor driven by the relentless march of progress from it's ancient natural habitat to survive as best it can - but survive it does as the song tells of it's finely tuned skill, instinct and anatomy, the things that "keep me in the stories they all tell". Beautiful dobro by Dalton Coffey nestles effortlessly be-neath Jami's ethereal vocals. Yes there are echo's of Anais Mitchell in her voice, and even traces of Emmylou at times, but ultimately she is her own woman. One minute dark and forbidding, the next a heavenly tendril weaving it's way through the images conjured by startlingly vivid lyrics.
The evocation of the sprit of the Dakota Territory is latent in it's authenticity throughout the album, and opening "Polywogs" gently and effortlessly introduces the listener to Jami's world. Almost nursery-rhyme esque in terms of composition, lone banjo and voice take us straight to a picture postcard old time American north mid-west summer scene, the one we all have stored in our imaginations somewhere. The simplicity of this song is also it's strength, it's brilliance.
"North Wind" and "God Out On The Plains" then take the listener out of that comfort zone. The Summer is ending, Fall is on it's way. "The North wind, it rouses the desolate beast of this land, but Winter has bought us what no other mild season can" - we're heading for a harsh winter, but even in that harshness there are positives, hopes and the promise of new life on the other side, whether that be physically or spiritually. All that imagery is wrapped up in a bubble of dobro, banjo, acoustic gui-tar and Jami Lynn's radiantly pre-possessing voice.
I approached this album with no preconceptions as I had neither heard of, or indeed heard Jami be-fore. What I found was an album that immediately insinuated it's way into my consciousness and has been lodged there ever since. It has taken me on a journey that I never sought, but one that now that i've taken it I am eternally grateful to Jami for. George Keith of the popular 'Empty Bottles & Broken Souls' music blog says of her, " Essential Listening. This one will turn heads worldwide. It's time the world met the new star of American roots music". And who am I to argue? This isn't just an album, it's a lovingly and painstakingly crafted piece of art that works on all levels. Walk beside Jami Lynn. Take that journey. Be the Wolf.

Help keep the radio On Air

Tme.fm the radio no one listens to.. Powered by Blogger.

TME.fm has a new site.

If you are reading this you already know but you don’t know why. TME.FM The old blog site...

Is TME to listen to TME Radio.

Americana,Bluegrass,country and folk.
All time Favorites,new and old tracks,known and unkown all with the guarentee of quality of being chosen by our resident experts.
Got a request we wil play it...eventually. 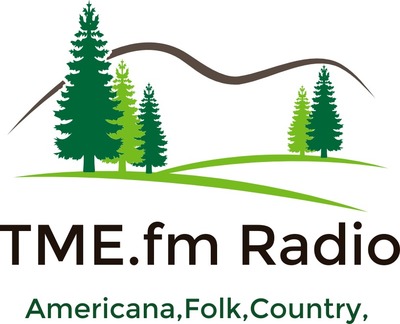 SONG OF THE DAY ARCHIVE